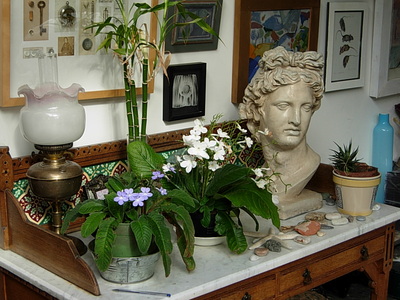 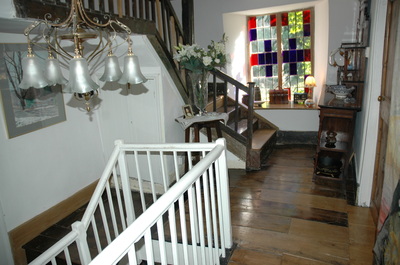 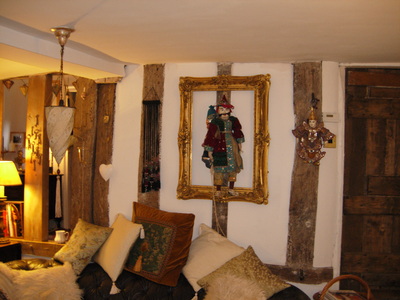 The Yat has been much changed and modified over the centuries. It dates back from the 15th century, although there may have been a house on this site long before then. Some believe that the house was built on the site of the monastery, which was set up by St. David in the 6th century. The 13th century church across the road also stands on this site. Baptists ministers once lived in the house and preached their sermons from one of its windows. Within the grounds are the ruins of a baptistry and a baptist cemetery. Later The Yat was the home of Squire Bevan, who renamed it 'The Court' and it and its owner are mentioned by Kilvert in his diary. On old maps it is shown as 'The Court', though a later owner restored its original name. The house was once part of the Cwm Mawr Estate.

It has many international connections. Belied by the apparent back-water peace and quiet of its rural location, Glascwm was once on the main drovers' route between Builth Wells and London. Octavius Vaughan  who was born in the house, fought in the Boer wars, where he won medals for bravery. Much later, in the 1960s, it was an English language school, to which an Arabian princess came to learn English, putting all Radnor police on red alert! One of the current owners is of Polish descent, the other is Scottish.

The house now benefits from underfloor heating, solar panels and a conservatory built in oak with leaded light windows. The bedrooms themselves have been carefully decorated, in some cases using lime plaster and cassein paint. One of the bedrooms has an ancient elm floor, which has been carefully restored and polished, using natural waxes. There are photovoltaic and solar panels for electricity and hot water.

The aim is to be as eco-friendly as possible. The owners also support local craftspeople and buy local and organic produce wherever possible. The name The Yat signifies 'the opening, or the gate' in Welsh.  It is perhaps the opening to a new way of thinking and being…… 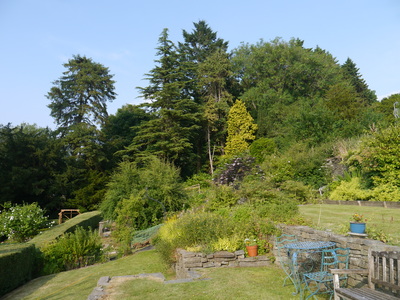 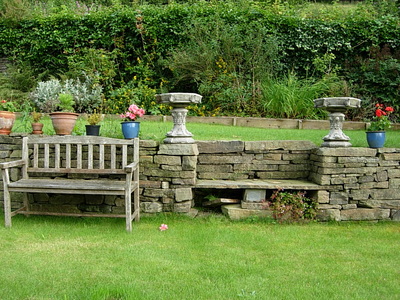 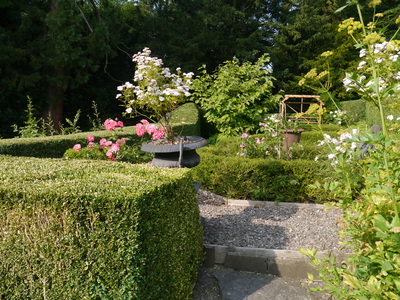 The house is rounded by 8 1/2 acres of land, part of which is a large garden and orchard, both of which are open to our guests. These back onto common land which is ideal for walkers. The garden also includes our herb and vegetable gardens, in which the owners are trying out permaculture techniques.

They planted 1,000 trees in 1989 and these have grown tall and are home to a great variety of wild life. Fallen trees or wood from thinned trees is used in the wood burners when the weather is cold and damp. There  are log fires in the dining room and library.